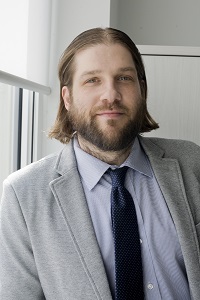 Bryan was born in Winnipeg, Manitoba and was raised and spent most his early life in Falcon Lake, Manitoba (Whiteshell Provincial Park). He spent several years living in Kenora, Ontario and Victoria, BC before moving back to Manitoba and completing his Bachelor of Commerce (Honours) degree at the University of Manitoba in 2005. Bryan became a member of the Canadian Institute of Chartered Accountants in 2008 while articling at Deloitte LLP Winnipeg where he primarily served a variety of private businesses, but also had large not-for-profit and reporting issuer clients. After almost 8 years of working for Deloitte, Bryan left the public accounting practice, accepting the role of Controller for a local, multi-divisional and family-owned business, Prendiville Industries. After spending 5 years in this role, Bryan returned to public practice in April 2019 at Fort Group where he primarily serves small and medium private companies and not-for-profit organizations. 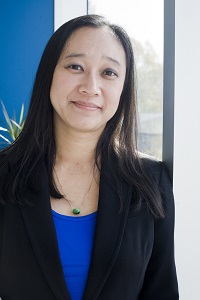 Judy was born in Winnipeg, Manitoba, and earned her Bachelor Commerce (Honours) Degree from the University of Manitoba in 2002. In February 2006, she became a member of the Canadian Institute of Chartered Accountants by receiving her CA designation. Judy's experience in providing quality accounting and tax services to small and medium sized owner-managed businesses makes her an ideal senior manager at Fort Group. She recently completed the CPA In-Depth Tax program. 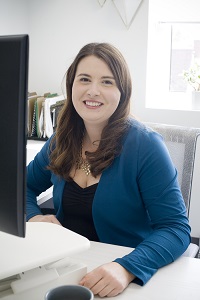 Stephanie was born in Selkirk, Manitoba. In May of 2009, she earned her Bachelor of Commerce (Honours) Degree from the University of Manitoba. While in school, Stephanie joined the team at Fort Group as a summer student and began working full time upon the completion of her degree. In 2011, received her Chartered Accountant designation from the Canadian Institute of Chartered Accountants. She completed the CPA In-Depth Tax program in December of 2020. 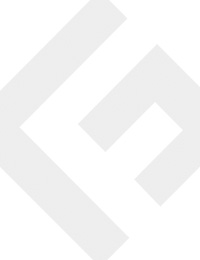 Nicholas Suderman brings a wealth of knowledge and experience to Fort Group. He earned his CA designation in 2011, completed CPA Canada’s In-Depth GST/HST program in 2014 and Tax program in 2015. He has a decade of experience with national accounting firms and 3 years with a major bank. Nicholas advises clients of all sizes and industries as a tax and estate planning expert. He teaches at the University of Winnipeg and is a tutor for the In-Depth Tax program. He is also a member of CPA Manitoba’s Appeals Committee. 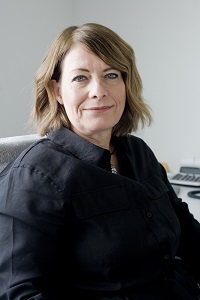 Ange was born in southern Manitoba and moved to Winnipeg in 2003 to further pursue her career options. Her studies in the CGA program led her to public practice in both small and large firms. Over the course of her career she has obtained extensive knowledge in serving small and medium sized owner-managed businesses. With her experience in controllership roles in private industry, Ange understands the challenges that are unique to these owner-managed organizations. She joined Fort Group in September 2019. 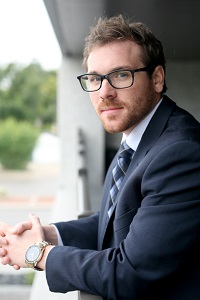 Philip was born in Winnipeg, Manitoba, and earned his Bachelor Commerce (Honours) Degree from the University of Manitoba in 2014. In 2018, he became a member of the Chartered Professional Accountants of Canada by receiving his CPA designation. He joined Fort Group in July 2020. Prior to joining Fort Group, Philip worked at BDO Canada LLP for a number of years. Philip focuses on assurance services over a variety of business sectors including for profit companies, not-for-profit organizations and public sector entities. 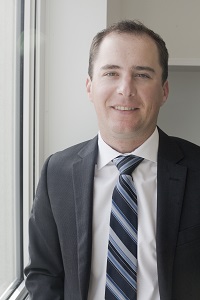 Ryan was born in Brantford, Ontario and moved to Winnipeg in May 2015. Ryan earned a Bachelor of Science degree from Concord University in 2011. In September 2019 he obtained his CPA designation. Prior to joining Fort Group, he worked at BDO Canada LLP for over 5 years. Ryan is currently enrolled in the CPA In-Depth Tax Program and anticipates completing the program in 2023. 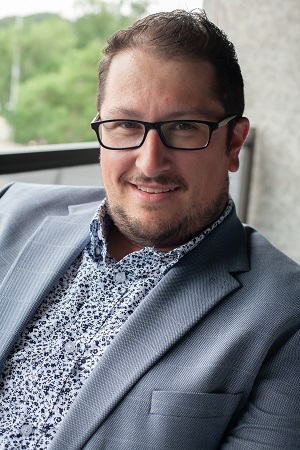 Josh was born in Yorkton, Saskatchewan, but has lived in Winnipeg, Manitoba his whole life. Before earning his Bachelor of Commerce Degree from the University of Athabasca in 2018, Josh earned his Diploma in Business Administration from the Red River College in 2015. In 2021, Josh passed his CFE examination and is currently awaiting his official CPA designation. Prior to joining Fort Group in August 2021, Josh honed his skills by working in industry for five years at the family business before transitioning to public practice and working at BDO Canada LLP for over six years. Josh focuses on assurance services over a variety of business sectors including for-profit companies and not-for-profit organizations. 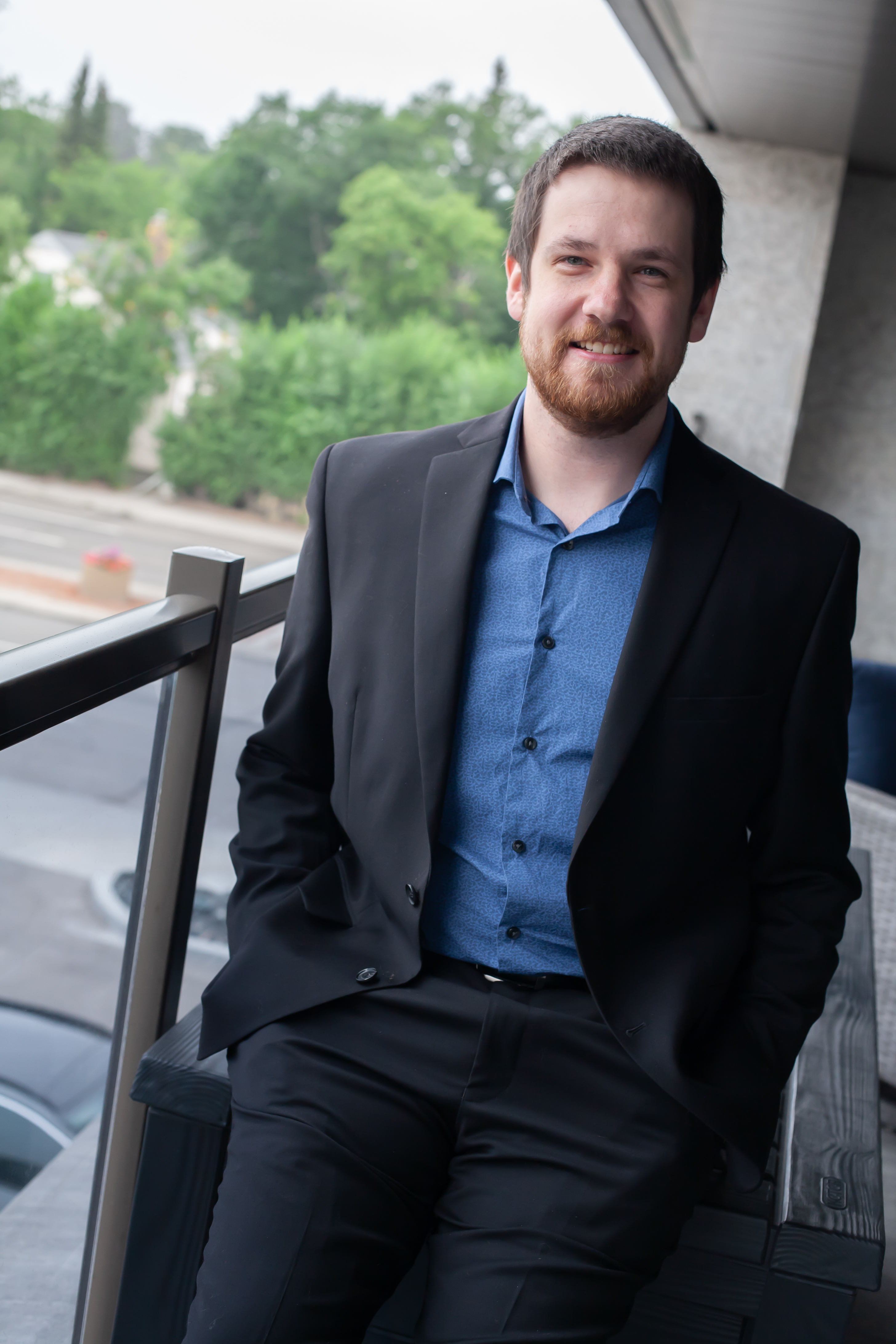 Ryan was born in Winnipeg, Manitoba and earned his Bachelor of Business Administration (Accounting) Degree at the University of Winnipeg in December 2015. In September 2019, he became a member of the Chartered Professional Accountants of Canada by receiving his CPA designation. He joined Fort Group in July 2021. Prior to joining Fort Group, Ryan worked at another public accounting firm for over 5 years. He also actively serves on the board of a local Community Centre. 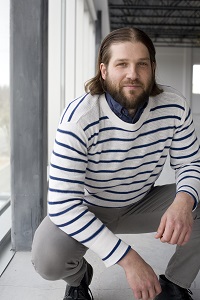 Being raised in the Whiteshell Provincial Park, Bryan has learned to enjoy much of the outdoor life, including fishing, camping and other such activities during his downtime (during the 2 months of non-winter in Manitoba). He has two young daughters and enjoys spending time with them, doing all the strange things that they find themselves doing. His hobbies otherwise includes playing pretty much any team sport and working to finish the many small projects associated with his recently built home in River Heights (which appears to be a never ending list). 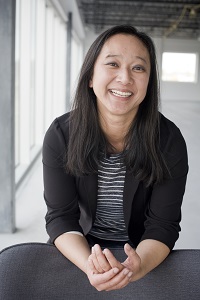 Judy can be found wandering Winnipeg streets looking for Pokemon, at a Zumba studio or at home baking with her family in her spare time. She is passionate about books and reading, and her favourite author is Steve Berry. 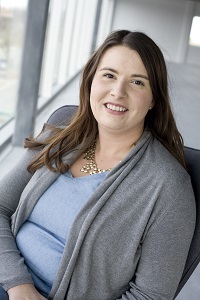 When not at work, Stephanie enjoys spending time with her daughter, Evelyn.  She can often be found trying out a new recipe in the kitchen or working in her flower garden. She also enjoys travelling. She particularly enjoys visiting Germany where she has many relatives.

Nick is an avid traveller and is always planning the next adventure. He spends his summers at his cabin in the Whiteshell. He also spends a significant amount of time renovating his house and is a self-proclaimed grill master. 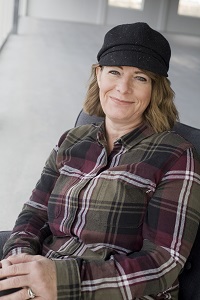 Away from the office, Ange enjoys family time at the cabin with her husband Dave and their children. She is a dedicated animal-lover who spends her free time with her dog, Finn, and horse, Twister. She actively supports local animal rescues. 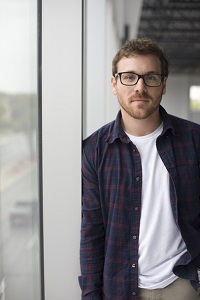 Outside of work, Philip enjoys anything sports related. From playing golf and tennis in the summer to watching football and hockey during the winter time. Philip also enjoys travelling during his free time. He has traveled to over 25 countries, and most recently spent 6 months living and working in New Zealand. 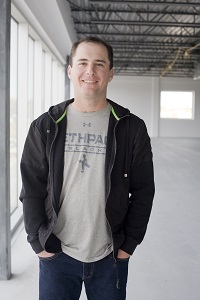 Ryan is an avid golfer and played collegiate golf in the US. He still enjoys competing and plays in a number of tournaments throughout the summer months. Ryan also enjoys watching and playing all other sports including hockey, football, and baseball. He also enjoys spending time with his wife, Mercege and dog Rosie. 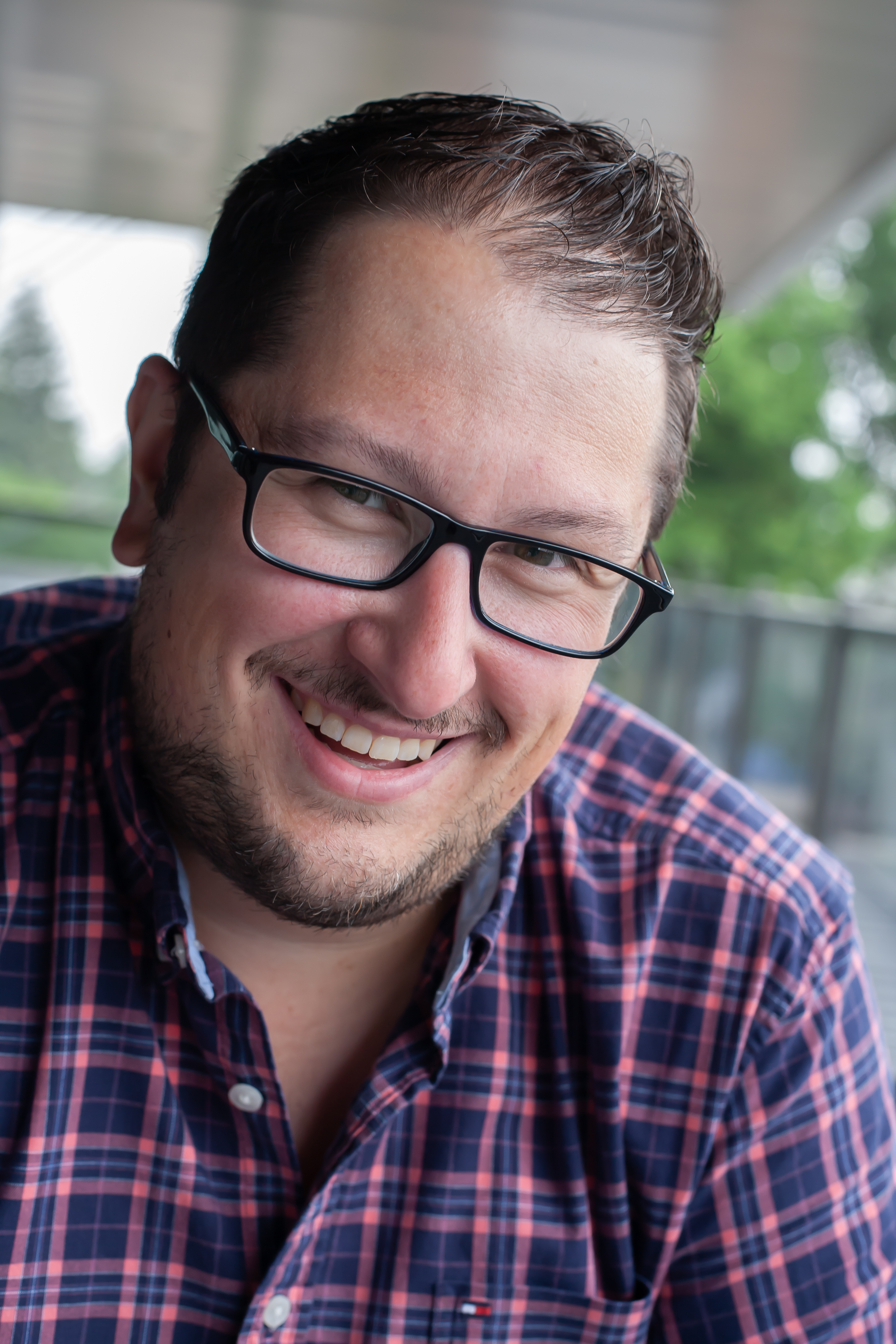 Josh has been passionate about music and sports from a young age. He has played a number of instruments (including piano and guitar) while also being enrolled in hockey programs year-round. Josh continues to play guitar today, and while his hockey days are behind him, he always finds time to cheer on the Jets. Any spare time Josh has is spent with his family - fiancée Katrina, and two kids Leif and Belle. They can be found exploring the city or out at the family cottage in Clearwater Bay. 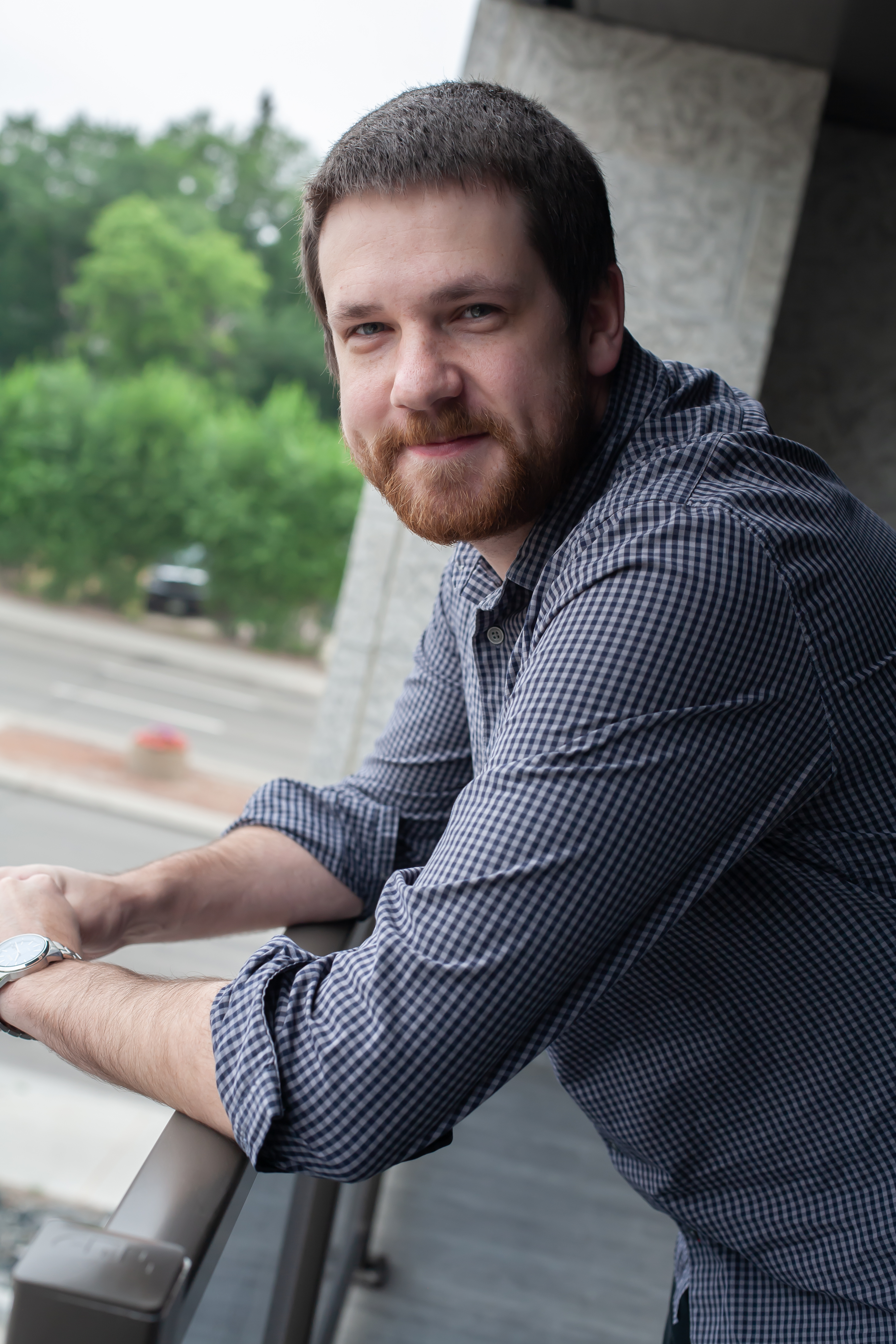 Outside of the office, Ryan enjoys spending quality time with his wife, Rebecca. He also enjoys playing and watching sports, spending time with family and friends, going for hikes, geocaching or playing board games.